I visited Vienna for the first time in 2009 , at that time I was studying at Domus Academy in Milan and had just completed my Hotel design program. I decided to see the rest of the Europe before making my way back home.

Over a period of 15 days I Visited France, Italy,  Netherlands, Switzerland, Belgium & Germany. It was when I was in Munich at the end of my European tour when my Dad called me and said you’re so close to Austria, you must go and visit Vienna.  I was completely exhausted and had no interest left in travelling and I was yearning to just get back home. So at first I ignored his suggestion and he tried convincing me over the phone but I simply refused.

It was during dinner that night, I told my friend about how insane my dad was to suggest I travel after this already a crazy long trip, she decided to show me photos of her trip to Vienna earlier that year. Once I saw her photo album, there was no turning back, next morning I boarded the Deutsche Bahn train to Vienna to explore this beautiful city that had caught my attention just through its photos.

In 3h 55 mins approximately, I found myself at the Wien Hauptbahnhof, Vienna Train station in the centre of the city. 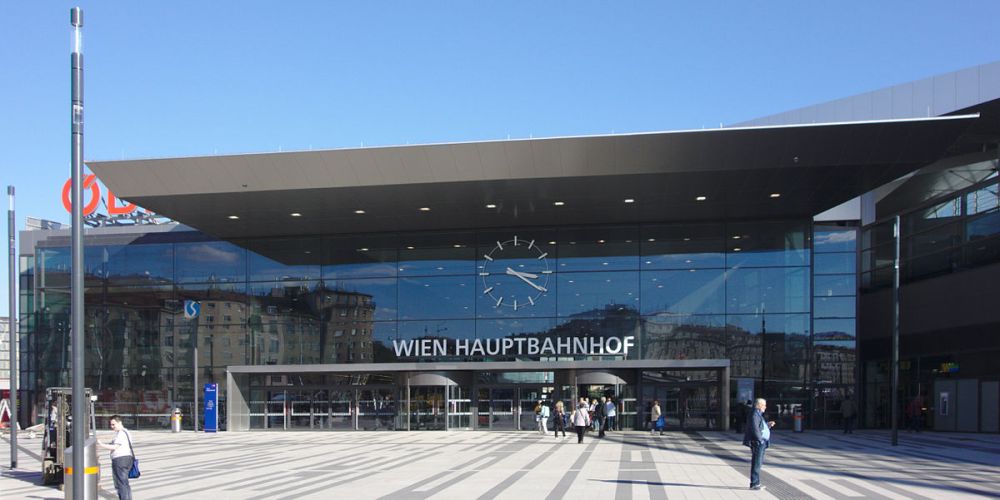 As I was here for a day, I made my way straight to the popular Ringstrasse.

Ringstrasse or The Ring Road is a circular grand boulevard around the historic Innere Stadt (old town) district of Vienna. It is 5.3 kms long and one of the most magnificient boulevards in the world.

It comprises of the most beautiful buildings in Vienna, the Kunsthistorisches Museum, the Museum of Natural History, the Vienna State Opera, the Neue Burg, the Burgtheater, the Parliament & the City Hall. 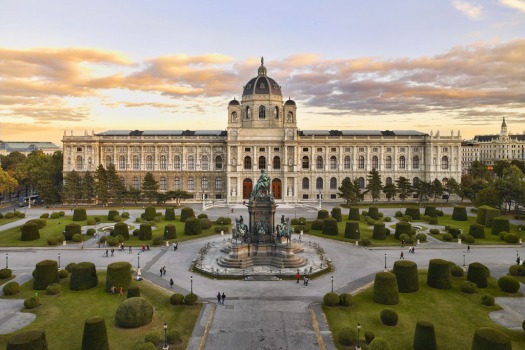 Kunsthistorisches Museum or Museum of Art History is a beautiful rectangular building topped with an octagonal dome and was opened in 1891 by Emperor Franz Joseph . In Vienna, I found my love for domes as I spotted so many interesting domes in different colours. The inside of the building is lavishly decorated with marble, stucco ornamentations, gold-leaf, and paintings.

Naturhistorisches Museum is a large natural history museum located in Vienna, Austria that was built to house the huge collection of the Habsburgs.

Wiener Staatsoper or Vienna State Opera  was the first major building on the Vienna Ringstrasse. It is an Austrian opera house and opera company based in Vienna.

The Burgtheater is the Austrian National Theatre in Vienna and one of the most important German language theatres in the world.

I can’t even begin to describe the beauty of this parliament building , it was simply breathtaking! Absolutely loved the statutes at the front of the building.

City Hall or Rathaus is the city hall of Vienna, located on Rathausplatz in the Innere Stadt district.  It houses the office of the Mayor of Vienna as well as the chambers of the city council.

After these stunning buildings, I made my way to the Schönbrunn Palace. My love for Baroque architecture is evident in my designs for Garéma and this was one of the first and most beautiful Baroque palace that I ever visited and got inspired.

After an audio guided tour of the palace , I made my way back to the train station to catch my train back to Munich!

As I headed back to Munich, I took some unforgettable memories back with me and I was so grateful to my Dad who had asked me to Visit Vienna on such a short notice and also to my friend who showed me those amazing photos that tempted me to go!

And this is how I visited Vienna for the first time.